Loading...
Skip to content
Trending
BISE Gujranwala SSC Exam Result 2020
The Latest: Pakistan reports highest daily death toll
Donald Trump is trying (and failing) to get around Twitter’s ban
The Execution of Lisa Montgomery and ‘the Craven Bloodlust of a Failed Administration’
11 IPPs may get Rs131bn as first instalment
Tecno Camon 17 Series Launched In Pakistan
Biden Says He’s Working on a Coronavirus Aid Package That Would Include $2,000 Stimulus Checks
Hardline judiciary chief Ebrahim Raisi wins Iran presidency: 3 ways it matters
Prince Harry shared ‘special’ reunion with the Queen after Prince Philip’s funeral
Gun attack on Ugandan ex-army chief kills daughter, driver -military
Japan’s global rare earths quest holds lessons for the US and Europe
How Joe Biden’s student loan forgiveness could blow up your tax bill
Suspect Arrested for Stealing Purses From More Than a DOZEN Asian Women
Israel strikes in Gaza after arson balloons launched
The police officer whose head was smashed in a doorway by pro-Trump mob at US Capitol was injured and will be out of work ‘for a while’
Home » 10 die when Brazil cliff wall collapses on boats in tragedy caught on video

Divers were searching a Brazilian lake for victims Sunday after at least 10 people died and dozens were injured when a rock formation tore away from a cliff and slammed onto boats packed with tourists. The tragedy was caught on video.

Edgard Estevo, commander of the Minas Gerais State Fire Department, said the accident occurred Saturday in Furnas Lake, between the towns of Sao Jose da Barra and Capitolio. The local fire department deployed divers and helicopters in a frantic effort to rescue the stunned tourists from the lake. 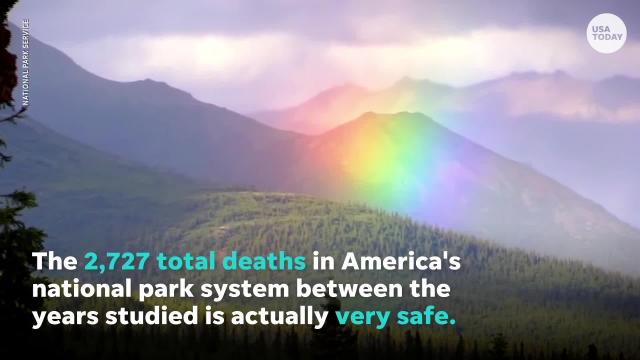 Scroll back up to restore default view.

“We are suffering the pain of a tragedy in our state due to heavy rains, which caused the loosening of a wall of stones in Lake Furnas, in Capitolio,” Minas Gerais Gov. Romeu Zema said on social media. “I stand in solidarity with the families at this difficult time.”

Zema promised to provide “the necessary support” to families of the victims.

Brazil’s Jornal O Globo reported that at least seven of the dead were on a speedboat called “Jesus.”

The Brazilian navy was aiding the rescue and said it would investigate the accident. Video from the scene showed several small boats in a lake when a massive slab of rock tears away from the face of the cliff and slams onto at least one of the boats.